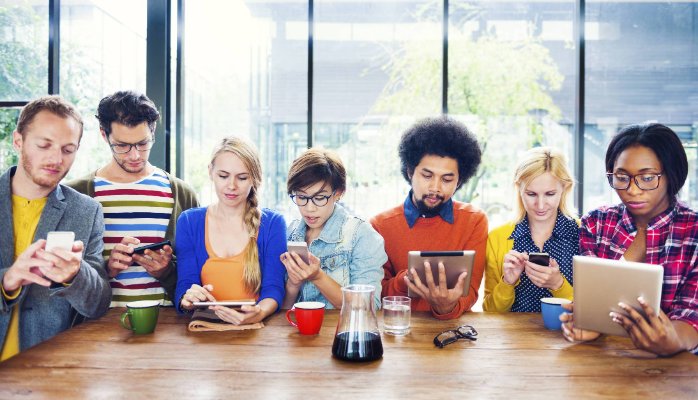 As I’ve long thought, the Millennial generation, that prize target for marketers everywhere, are in fact robots made by Google for the sole purpose of creating a generation of consumers who think, act and buy as one – making targeting them much easier for marketers… like Google… and other marketers.

Up until now, nobody knew where Millennials even came from. According to WikiPedia, “there are no precise dates when the generation starts and ends. Researchers and commentators use birth years ranging from the early 1980s to the early 2000s.”

As far as anyone could tell, they just appeared one day, and started influencing buying decisions.

Since then, brands, businesses and startups have lost interest in all other age demographics, focusing entirely on what the Millennials want and need.

Back when the digital age first rolled in, the old fashioned idea of many individuals with many likes and dislikes was becoming a cumbersome, moving target for brands trying to reach them with things like new cars, sports drinks, snacks and interactive tampons.

“In the old days, we tried to categorize people into ‘buyer personas’ and create marketing campaigns they would like,” said Tom Conroy, a former chief marketing officer with a major CPG brand, now living in a cardboard box on a newly gentrified corner of downtown Los Angeles.

“It just became overwhelming! So many personas, so much chance for error, and wasted money on million dollar commercials aimed at not always the right people… then one day they tell you to pack up your personals and get the hell out.”

But if Millennials could be born as early as the early 1980s, how could they have been produced by a company like Google, which wasn’t founded until 1998?

The answer is simple. Larry Page and Sergey Brin, the founders of Google, were themselves created by Bill Gates in 1973.

Larry Page and Sergey Brin were the beta Millennials – the testing ground for the Millennials we see walking, talking, taking selfies, sharing pictures of their dinners, growing beards and buying everything they can get their little Millennial hands on.

“I see the Millennials walking into the bars and restaurants wearing their high-heeled robot shoes,” added Conway. “Hipsters!” he yelled, before listing to the side and falling into some trash bags. 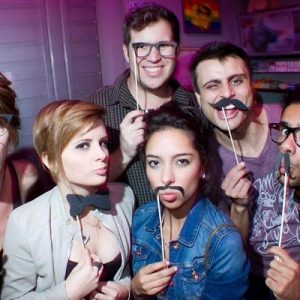 According to an early MicroSoft assistant, “Gates hadn’t quite perfected the Millennial Robot through the early 80s and even into the 90s. They still acted a lot like GenXers, who were, of course, the last of the real people.”

William Strauss and Neil Howe projected in their 1991 book Generations that “the U.S. Millennial population would be 76 million. Later, Neil Howe revised the number to over 95 million people (in the U.S.). As of 2012, it is estimated that there are approximately 80 million U.S. Millennials.”

Why the disparity? Obviously because Google and Gates saw there weren’t enough of them to turn a profit, and decided to make more.

According to Sandra Halbert, SVP Global Marketing for one of the largest Pizza chains, “It’s just easier this way. Now we just lure in one Millennial, find out what it likes, and then we know what the rest of them like.

We usually use an app, for example our new, gamified Cheese App, where we present them with a picture of cheese and another picture of cheese and they click which one is better, then it’s automatically shared on Facebook, Twitter, Instagram, Pinterest, Snapchat, LinkedIn, Google+, SnipperSnap, SnapFace and a thousand other social networks, building awareness and sparking engagement #Awesome + random emojis”

So regardless of the Millennials’ origins and preferences, they’re here to stay and are likely going to live forever, unless you throw them in water.

Next up: How to dry out your Millennial by packing it in rice.

The Internet Will Be Back After This Commercial Interruption
June 28, 2016
Budweiser Plots Brutal Invasion of America!
May 12, 2016