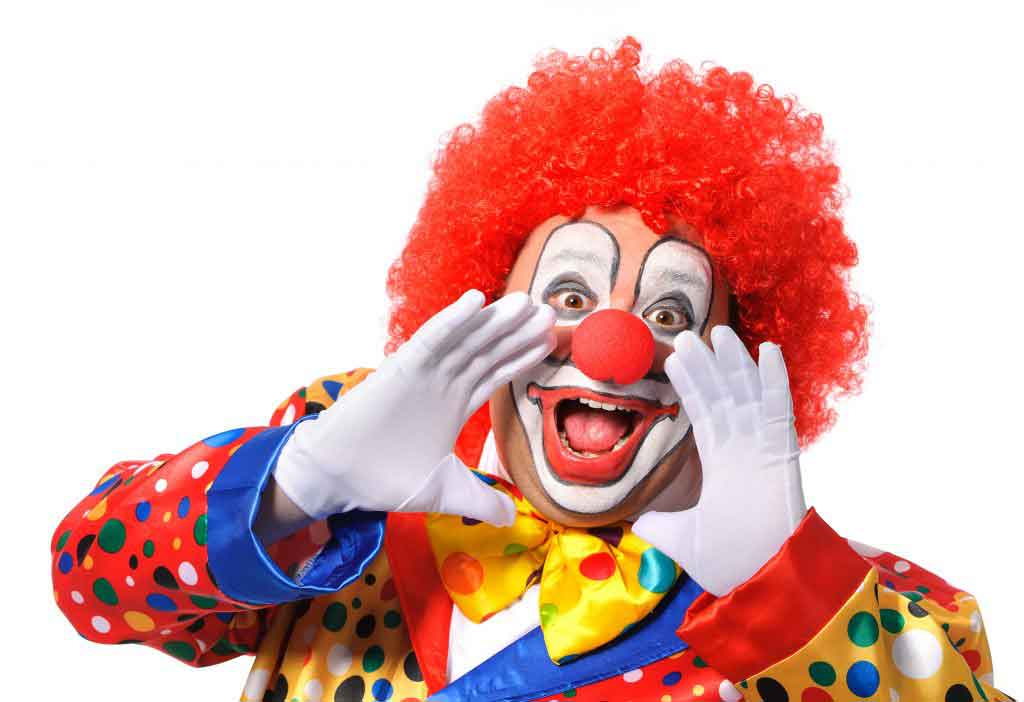 2. He knows how to manage a shared experience
This clown doesn’t entertain just one person at a time. He knows that one-on-one clown experiences are weird and creepy. This clown attracts a crowd, plays to an audience and keeps them engaged.

He thrills them, delights them but most importantly, he interacts with them, and knows what they want to see and be a part of.

3. He knows how to laugh at himself
This clown has a sense of humor about everything he does and doesn’t take himself too seriously, unless he’s the sad or scary kind of clown.

He understands the expression “laugh and the world laughs with you. Cry and you cry alone.”

This clown tries new things and if they don’t work out, and people laugh and point at him, and that’s ok. As long as they’re buying stuff and telling their friends what a great time they had, he’s happy.

If someone mocks him or throws a candy apple at his head, he smiles. That’s what clowns do. He’s not afraid of criticism. He knows how to handle hecklers. That smile painted on his face isn’t to fake you out, it’s just a reminder to him to keep smiling.

4. He learns from his mistakes
When this clown tries to jump over a pack of angry bears on a tricycle, lands on the bears and gets mauled, he learns not to do that again. Clowns being eaten by bears scares children, and word spreads that this is not the clown to have at your kid’s birthday party.

Next time, he straps a rocket to the tricycle and makes sure he clears the bears. That and a little good PR, and he’s back on the birthday circuit. That’s how this clown thinks.

If he drops the balls he’s juggling, he picks them up, adds one more plus a chainsaw and keeps juggling. When he screws up he does something bigger to keep his audience happy and take their attention off his faults. The show must go onward and upward.

5. He keeps it fresh
This clown adds new tricks to his act every show. Sure, not all clowns do, but this clown understands that the quickest route to living in a trailer in Camden, NJ is to get lazy. If twenty of him stuffed in a car gets old, he adds ten more or attempts a smaller car.

He knows how to raise the stakes and keep his audience thrilled, laughing or on the edge of their seats. If hiding in the barrel doesn’t cut it, he runs straight at the bull, and as he’s being launched through the air and into the stands he smiles, because he knows he left his footprint… his big, size twenty clown shoe footprint.

So take a good look at where you are with your brand, business or organization’s social media marketing, and start clowning around.