Feature Length Ads Are The Next Big Thing 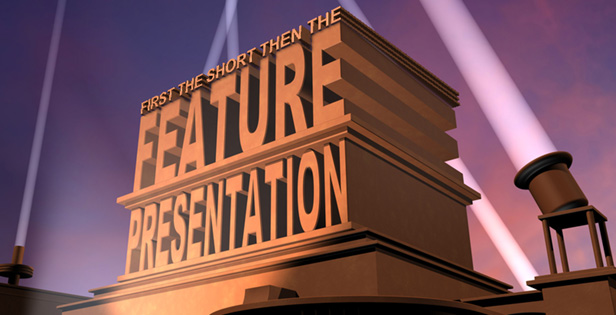 With all the attention paid to short form video content and ads, and all the bluster about our short attention spans, there’s an interesting trend emerging in video marketing – the Feature Length Ad.

Studies show that consumers love their brands, and they love them so much, they’re ready to engage for longer and longer periods of time with them – even up to 90 or even 120 minutes in the form of features.

From the advertisers I’ve been speaking with, period pieces, war films and romantic comedies are topping their wish lists, with thriller and feature length horror ads trailing slightly behind.

My production agency  just completed principle photography on a feature length ad for a new sports drink that tells the story of a fella from the 1940s who plays sports and gets real thirsty and he meets a dame who’s also a kooky chemist at a beverage company and she whips up a new drink for him to take to war with him after they fall in love and have some laughs.

Instead of credits at the end, we’re going to surprise viewers with where they can buy the sports drink in Strawberry, Cherry, Grape or the new assorted 12-pack – only \20 calories and gluten-free – and they’ll be delighted, on accounta  credits are really boring and they go so slow.

BUT HOW CAN SMALL BUSINESSES AND STARTUPS AFFORD FEATURE LENGTH ADS?

We’re able to make them affordable for small businesses and startups by casting actors desperate for work, crew people who know how to use the iPhone, and actual employees at the companies who pitch in.

For example, one time we needed a toaster oven for a scene, so Janet from accounting brought hers.

She also got to play the lead!

Sometimes we go to the halloween store and stuff.

STATISTICS SHOW 45% VIEWERS ONLY WATCH THE FIRST MINUTE – SO WHAT GIVES?

If viewers know it’s a feature, they’re going to settle in and not be so clicky with the skip button – they’ll pay closer attention to see what happens next, maybe pop some popcorn and invite their friends over to watch the ad.

Just to be sure, advertisers can hit them with CTAs up to once every 15 seconds.

A-LIST DIRECTORS AND PRODUCERS WILL LINE UP

A-List feature film directors and producers like Michael Bay and Judd Apatow will line up – especially if they get to blow things up or use fart jokes.

And that’s when feature length ads will really take off!