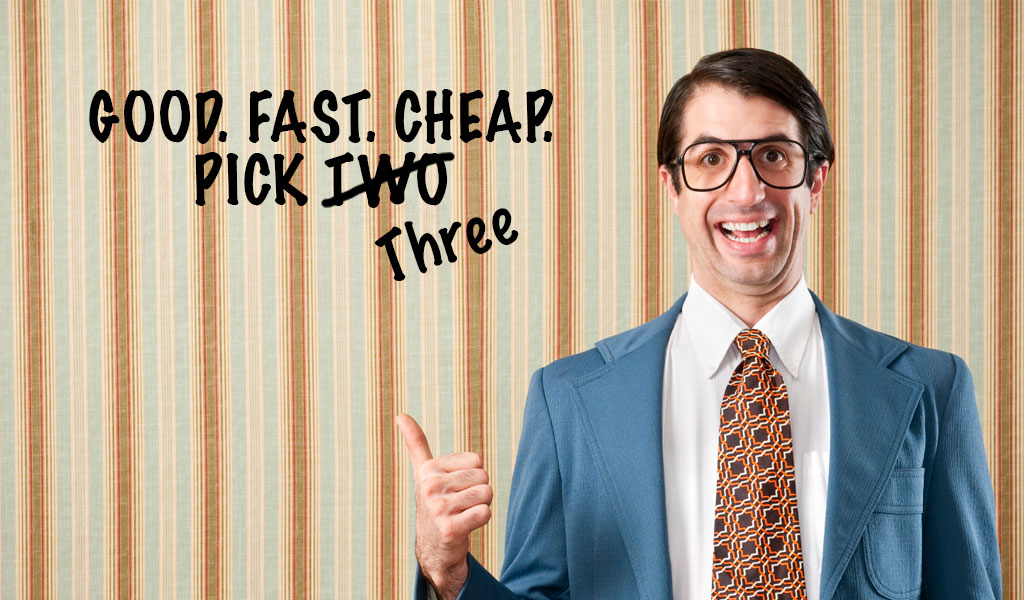 There’s a perception that online video production is expensive. It requires a film crew and a lunch truck and teamsters hanging out eating stuff all day. That can be true, but it doesn’t have to be.

There’s also a perception that viral means millions of views. That’s not necessary.

Brands and startups should be putting more budget and attention into creative development, frequency, and distribution strategy than actual production.

Make more videos. Make them cheaper, faster, stronger. Unless you’re producing a TV ad, a promo for a specific event, product launch, or a new service, stop throwing huge budgets into one-off videos and think about how you can push out a frequent stream of short, edgy videos that will connect with your customers.

frequent means at least once a week, and more if you can.

That requires creativity, strategy and organization. A video calendar.

You should be spending more on developing what messages you’re delivering and how to get them out there than you should on production.

With the right creative direction, production tools like iPhones, iPads webcams and DSLRs can be effective.

Videos usually hit a peak of activity, views and sharing in the first week or two while they’re being most heavily promoted and before they level out. To keep a consistent flow of customer interest you have to build an expectation and build a subscriber base.

Link new videos to the old videos just like you do with a blog.

SHORT means as long as it takes to get your point across and not a second more.

Edgy means exciting, interesting, informative… not boring. Always be thinking about the person on the viewing end of your videos. What do they want to watch? Unless you’re forcing them to watch a pre-roll ad and they desperately need to see what’s on the other end of it, they’re  clicking out.

Video is the new blog. Be consistent in your efforts.